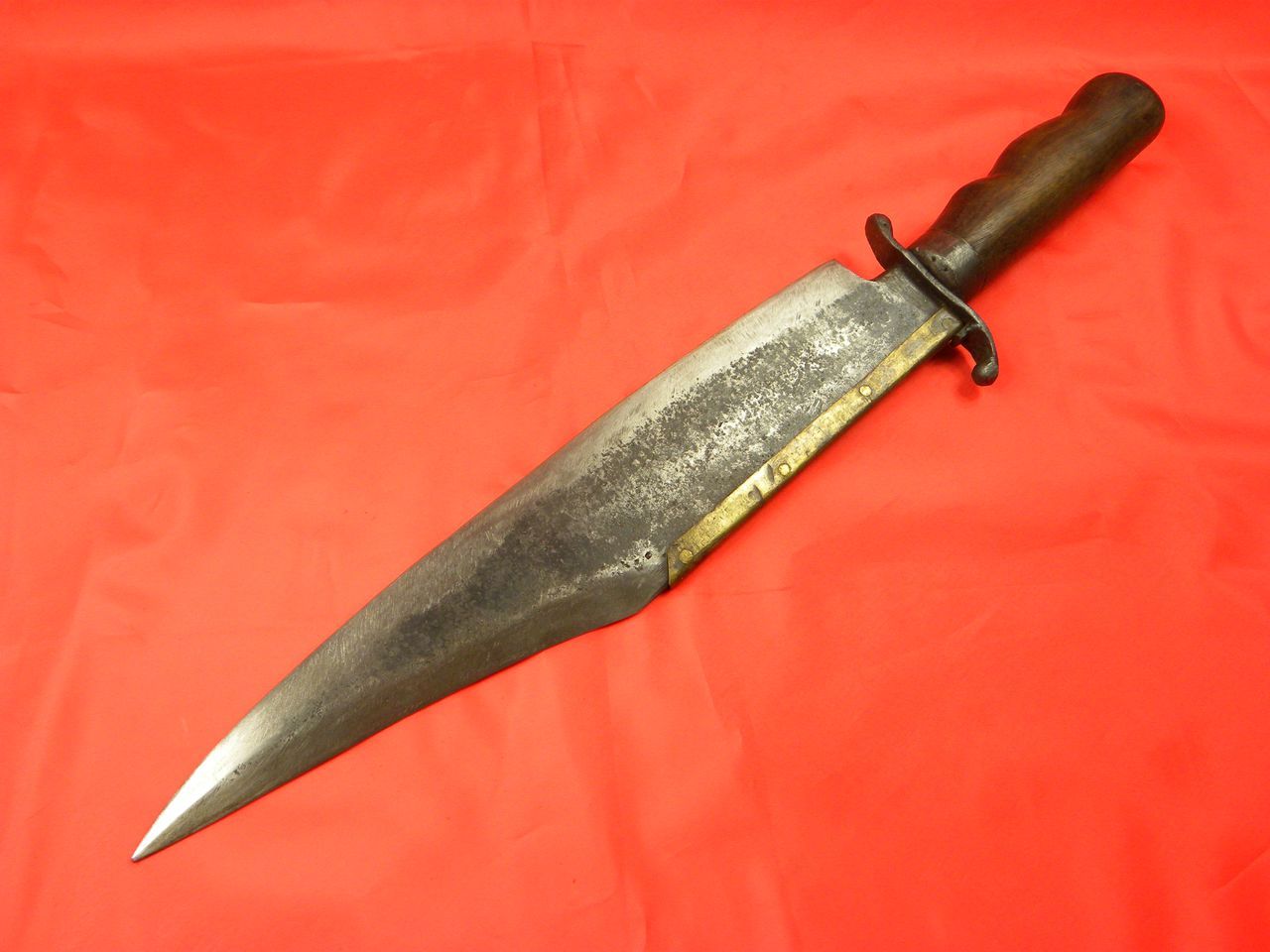 It’s hard to believe the new year is nearly upon us, but it’s time to start planning that post holiday, back to training regiment now. And what could be a more interesting way to get yourself up and moving than with the premier weapon of the American frontier — the fabled blade of Jim Bowie?

Following in a long-line of heavy, northern European fighting knives that go back to the medieval messer and the Anglo-Saxon/Norse saex, the Bowie knife is a long-bladed weapon with a wide belly that allows for devastatingly powerful cuts — almost a short sword in its potential! Its length and strength also makes it capable of actually parrying blows, allowing for a fencing-style of combat that many knives can’t match. But what really makes the weapon shine is its clipped point and back-edge, which allows for powerful back-cuts and thrusts. A more elegant weapon for a more savage age… 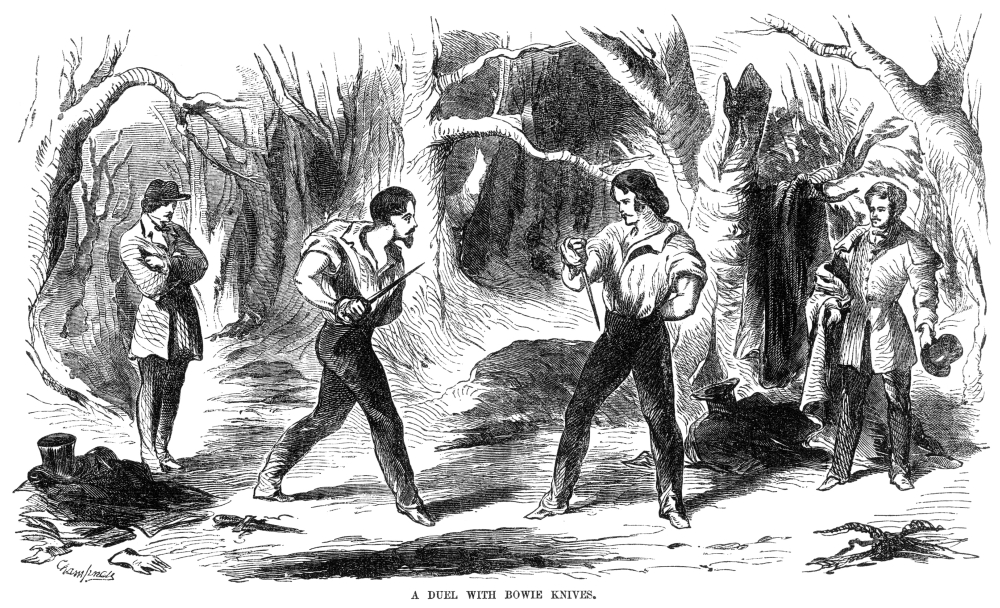 This 6-week course we’ll look at the basics of handling the Bowie Knife, it’s signature and unique techniques and motions, such as:

If you’ve never taken our Intro to Bowie Knife course, there are more than enough basics to get you started. For those who have already done the Intro course, a good portion of this course focuses on the tactics of knife fighting: Analyzing your opponent, learning how to shut-down and control his actions, and using various techniques to stop an attacker using not only a similar weapon, but other, large knives and anyimprovised weapons, such as bats, crowbars etc. 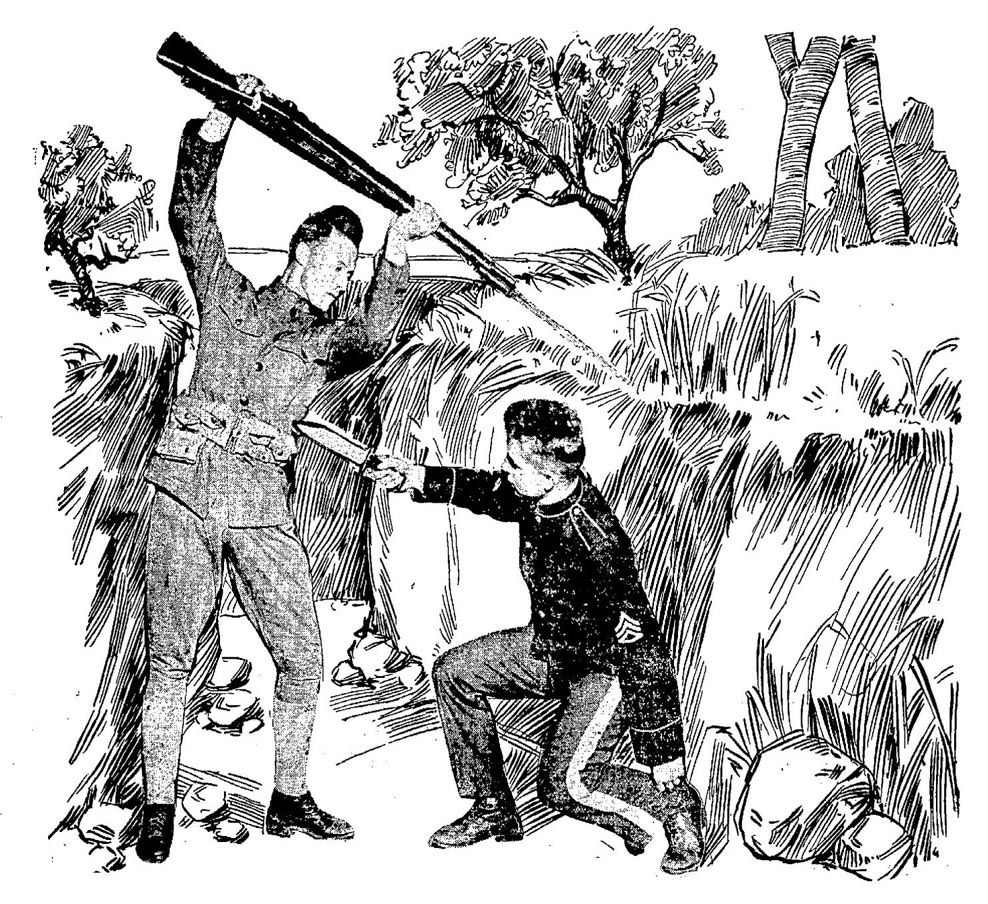 Although a modern fighting knife, the Bowie is a key piece of American martial heritage, and I will address how it was used in the early days of America.

Bowie and Tomahawk: tools of survival on the American frontier.

Knife Duels in Old New Orleans: Fought under the famed giant oak trees or on top of a moving train.

The Bowie Goes to War: Did you know the bowie knife became a fighting knife in WWI and WWII, and was taught as a weapon of last resort against bayonets? Now you do!

Throughout the classes you will be learning about some of the historical people who made the blade famous.

Part history less, part martial arts class, of course, there will be putting the Knife to work through focus sparring and full sparring! 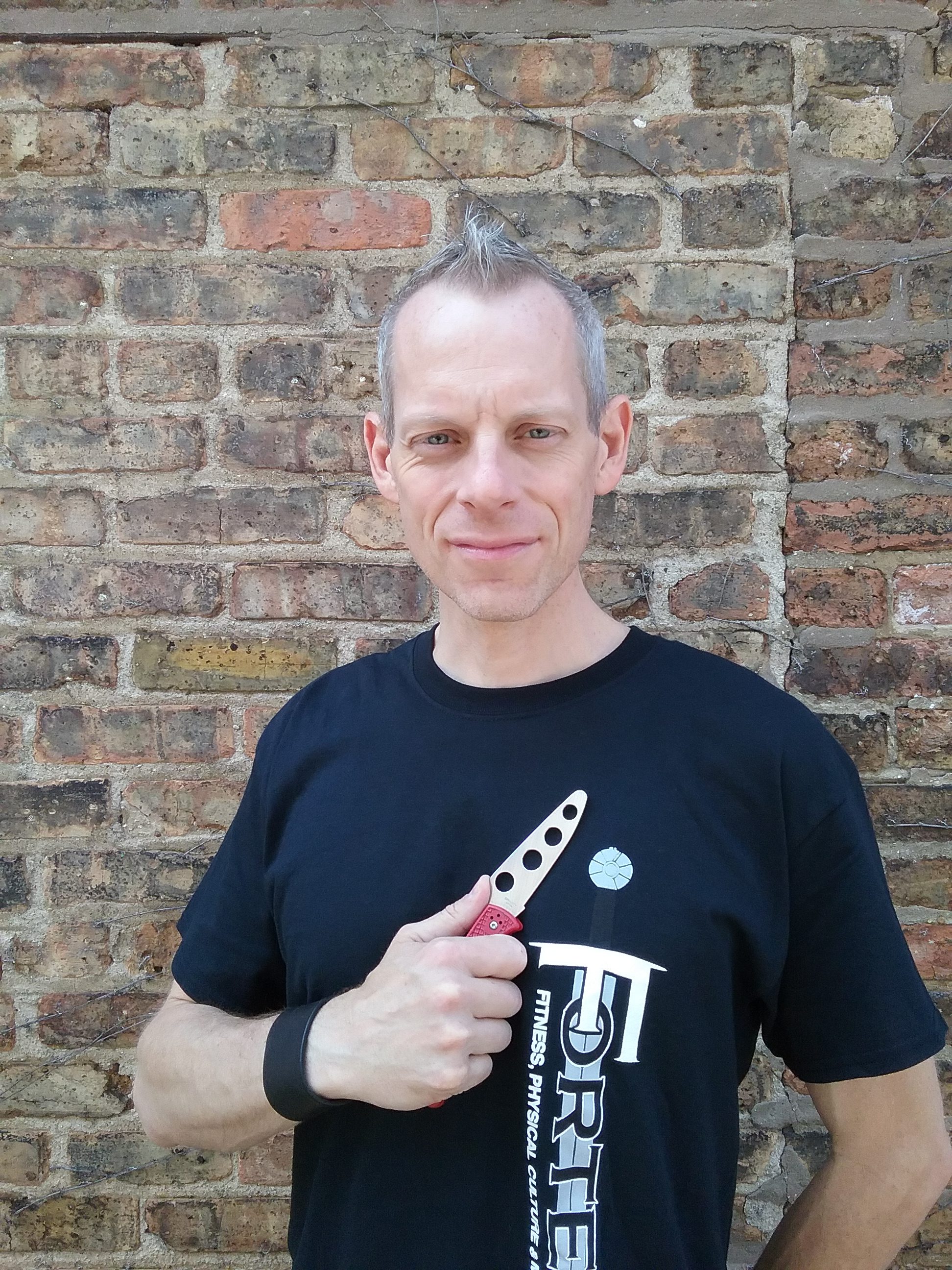 Thayne Alexander has been studying and a practitioner of the martial arts, weapons combat and defense, and the modern combative’s world for well over 28 years. Starting with Aikido at age 14, after graduating high school, he became interested in MMA and spent years learning a blend of Muay Thai and Jeet Kune Do and while he got thrown around a lot, he had the opportunity to learn from exchange students from Japan using various Koryu (“old school”) styles of jujutsu. He found Western arts in 1999, when he began the study of Armizare, and is still active today as a senior Scholar and Instructor of the Chicago and Rocky Mountain Swordplay Guilds.

In 2005 Thayne started Martial Blade Concepts/ Counter Blade Concepts training along with Kali Eskrima Silat and became a Full Instructor in the MBC system under the founder Michael Janich in 2013. Around the same time of starting MBC. Thayne’s love for the old American melee weapon styles got him involved with Bowie knife and Tomahawk weapons and has been teaching the big knife in on-going classes and a few seminars since 2014. 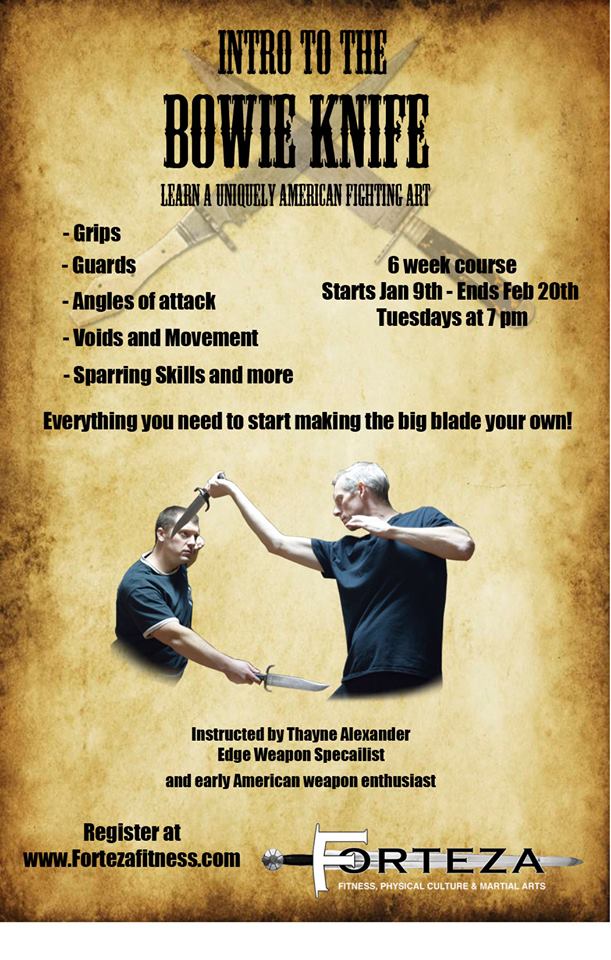 Following on our successful reboot of Modern Blade Concepts, we have gotten a lot of inquiries about if an when the studio would see a reappearance of training with that decidedly American weapons, the Bowie Knife and Tomahawk.

We are pleased to announce that the wait is over — we will be kicking off the new year with a six week Basic Bowie course! Starting January 9th, this course covers the basics of grip, angles of attack, including the “snap” and “back” cuts so particular to this knife, parries, body voids and sparring skills; everything you need to build a basic vocabulary with the weapon and start making it your own. Woven throughout the course are both historical and likely apocryphal stories of the knife and its use, showing how it became cemented in the American cultural consciousness.

Basic Bowie is also the jump-start to the weapons portion of our Antagonistics program: a series of courses throughout the year covering knife, ‘hawk, single-stick and more. Take only the ones that interest you, or study them all, for that full American Fighting Heritage experience!

Registration is open now, and includes a Cold Steel training Bowie. All you need is to show up on day one. Oh, and register now!