Wielding Weapons: An analysis of body mechanics – a Workshop with Ellis Amdur 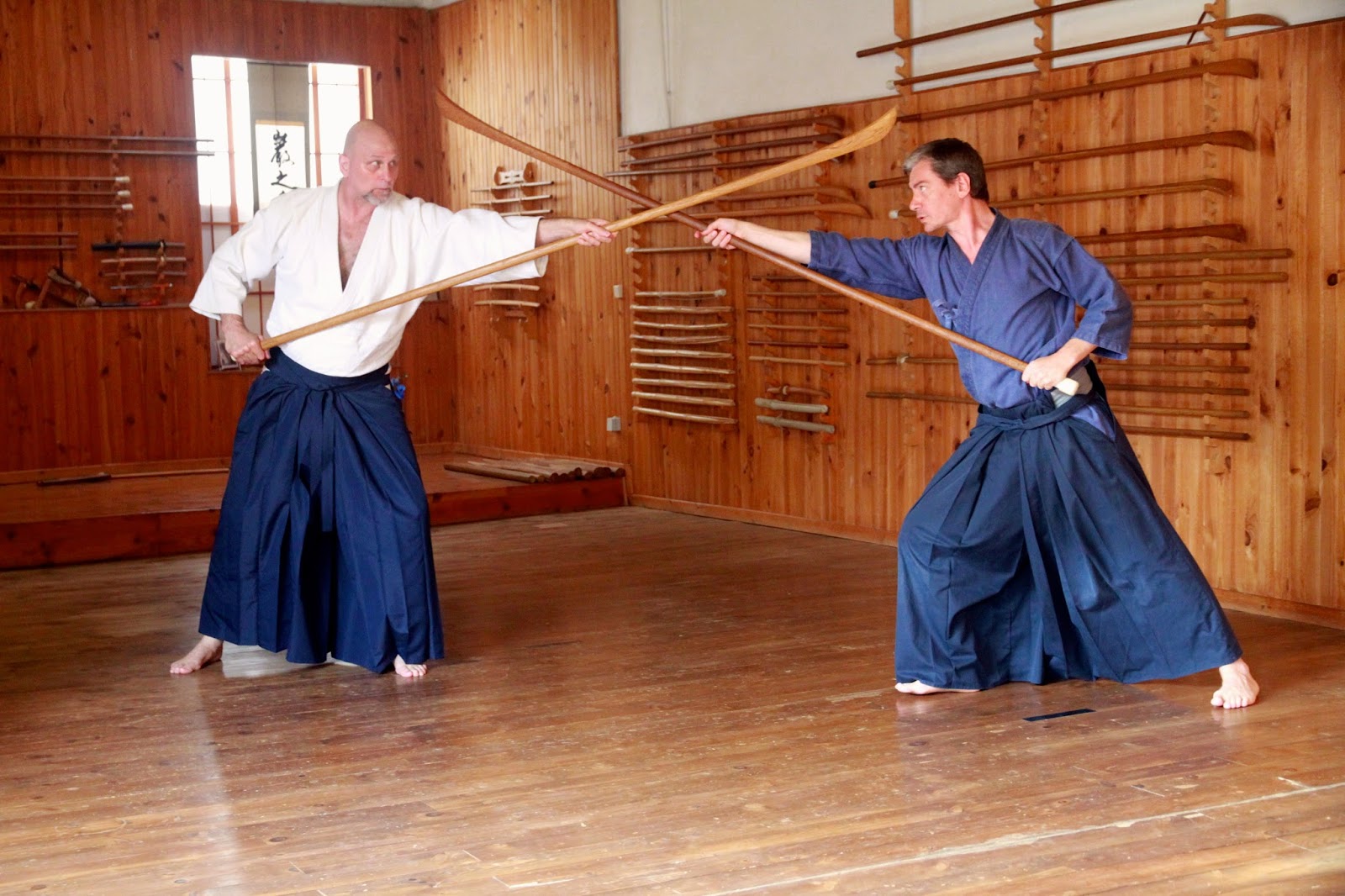 Renowned martial artist and martial arts researcher Ellis Amdur will be visiting Chicago for a book-singing (hosted by Forteza!) and is staying long enough to teach a short workshop applying his five decades of experience to teach a dynamic, “system agnostic” analysis on power-generation and economy of motion when wielding weapons. As an accomplished writer of non-fiction and fiction, we’ll let him describe the course in his own words:

“Hand-held weaponry require a significant amount of power, but not necessarily the same kind of power required to lift heavy weights. It has been my observation that most people use such weaponry—both thrusting weaponry such as spears and cutting weaponry such as glaives, halberds swords and the like—in a shoulder dominant manner. Some people attempt to use the hips, but do so attempting to generate torque by twisting the hip joints.

“There is codified knowledge in Asia on how to use the whole body in a connected fashion so that massive power can be directed through the weapon into the enemy. It is inconceivable to me that similar methods of power generation were not known within Eurasian combative traditions, but there is little explicit documentation on how this should be done. Just like Asia, however, this information was probably learned through osmosis (obsessively observing one’s teacher so that one is imprinted by their skill) and oral instruction.”There’s not enough time in a one-day workshop for obsession, but there certainly is for instruction. This workshop will meet you where you are. Please bring the weaponry you train with. We will take usage apart, and like tuning an engine, I’ll show what I know on how to amplify your power. One of my teachers of naginata (Japanese glaive) was a five foot, two inch, one hundred ten pound woman and she could cut and strike with the power to rattle your bones. Hand-held weaponry does not need to be relegated to brawny large people—when using the whole body correctly, most anyone can embody power.”

You can get a taste of Ellis’s weapons work, as it is expressed in traditional martial arts, here:

Ellis Amdur is a writer, an American practitioner of martial arts and a crisis intervention trainer. He has published a number of books on martial arts, on crisis intervention, hostage negotiation,and fiction. He began his study of martial arts in 1968, learning karate and traditional Chinese arts. He started training in aikido in 1973, and after moving to NYC, lived in Terry Dobson and Ken Nisson’s Bond Street Dojo. He also started training daily at the New York Aikikai school of aikido. After gaining a degree in psychology Amdur traveled to Japan in 1976 to further his study of the martial arts, and while there, entered the Toda-ha Bukō-ryū and Araki-ryū, two traditional koryu (‘old school’ Japanese martial arts). He is a shihan (full instructor) in both these arts, one of only a few non-Japanese to attain teaching licenses in any koryu. He has also studied judo, Muay Thai and xingyiquan. In recent years, Amdur has continued his training in several areas: an in-depth study of ‘internal strength’ paradigms, as suited to use within traditional Japanese combative arts; Arrestling, a mixed martial art specifically for law enforcement, created by Don Gulla; Amdur’s ‘new-old’ development, Taikyoku Araki-ryu in which, in collaboration with established groups of expert martial artists, one or more ‘modules’ of Araki-ryu are studied in depth, and applied to the environment where the particular group functions (competitive grappling and law enforcement being two examples). He also maintains a blog, Kogen Budo.

Based in Seattle, Amdur teaches courses for a variety of different venues, from law enforcement and corrections to mental health and families on crisis intervention.He also consults on situations involving stalking, domestic violence or work-site safety.