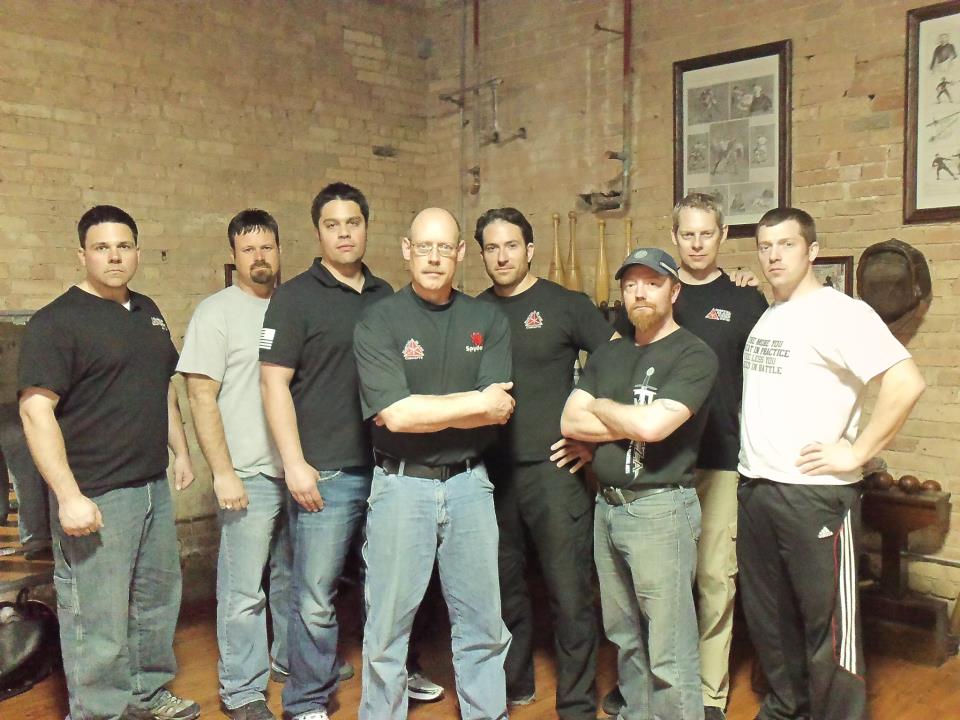 On April 6th and 7th, renowned self-defense instructor Mike Janich presented a two day workshop on empty hand combatives, and empty hand vs. knife tactics.  Mike is the founder and head instructor of Martial Blade Concepts, which is described on the MBC website as:

Martial Blade Concepts (MBC) is an edged-weapon system specifically designed to meet the needs of today’s concerned citizen and armed professional. Based on Michael Janich’s extensive analysis of the Filipino martial arts and many other systems, MBC takes combat-proven tactics and adapts them to modern tools, threats, and legal concerns. The result is a practical, easy-to-learn system that is ideally suited to modern self-defense.

Mike Janich’s Martial Blade Concepts, as well as the adjutant systems of Counter Blade Concepts and Damithurt Silat (Practical Unarmed Combatves), is the base system four own Combatives program taught at Forteza.  Students were very excited to train with the founder of the system they train in, most of whom had never met or trained with Mike before.  Forteza instructor Keith Jennings also ran a prep seminar two months prior, so by the time Mike arrived in Chicago, all of the students in attendance had a solid base level of skill, which allowed us to skip right past the basics, and jump right into the good stuff. 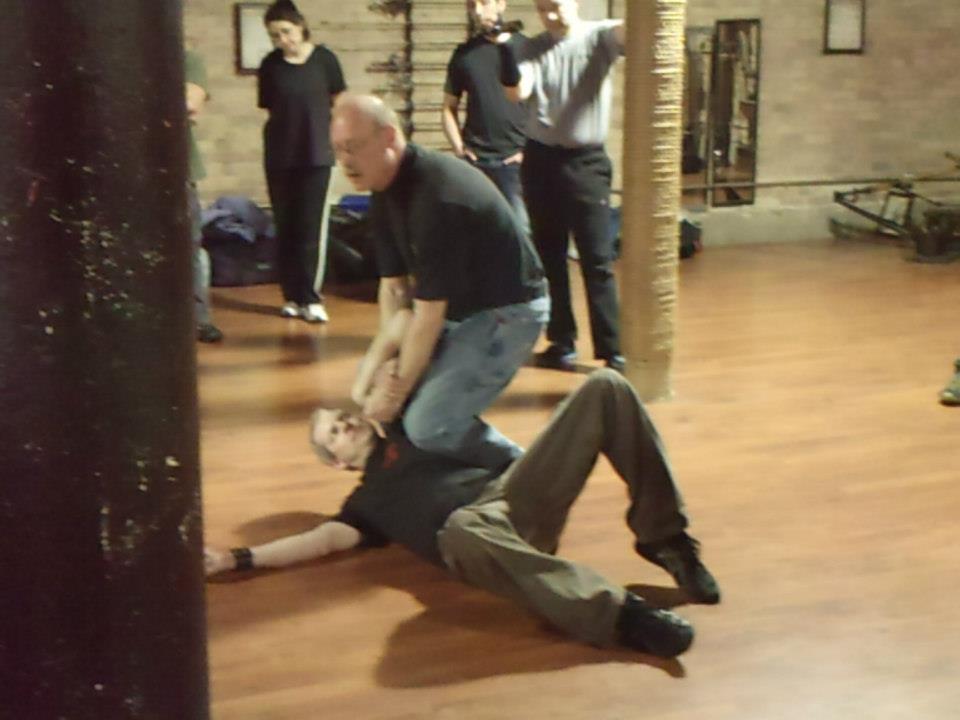 Day One was dedicated to empty hand skills.  Mike focused on taking the instinctual startle response, and educating it to make for a functional tool that can be used under stress.  Students were brought through variations of the cycling drill, Hubud, and shoulder stops.   Saturday ended with a look at Junkyard Aikido, his expression of joint-locking techniques.  Focus was on how to apply joint locks in an actual combative situation, and to use them to either viciously stop the fight, or use the lock to transition to either a weapon or escape.  Special shout out to visiting MBC alum Thayne Alexander for taking so many hard falls on the hard wood floor!  It was an impromptu school of hard knocks style clinic on how to fall properly.

Day two was Counter Blade Concepts, and how to transition from empty hand into knife deployment.  Mike started with his signature video presentation which shows footage of actual knife attacks, and the aftermath of such an assault.  The message was clear: knife attacks happen suddenly and violently, and seen over and over again in the footage were pre-fight indicators, off hand probing, and aggressive gross motor forehand thrusts and slashes predominately coming from right handed attackers.  This reality check helped to bring a very serious tone to the day’s training, and with the problem clearly defined, Mike brought people through his counter-blade system.  Rather than flashy disarms done against static attacks, focus was on shutting down the attack using a split X-defense, compression locking the attacking limb, mobility kills using low line knees and kick. 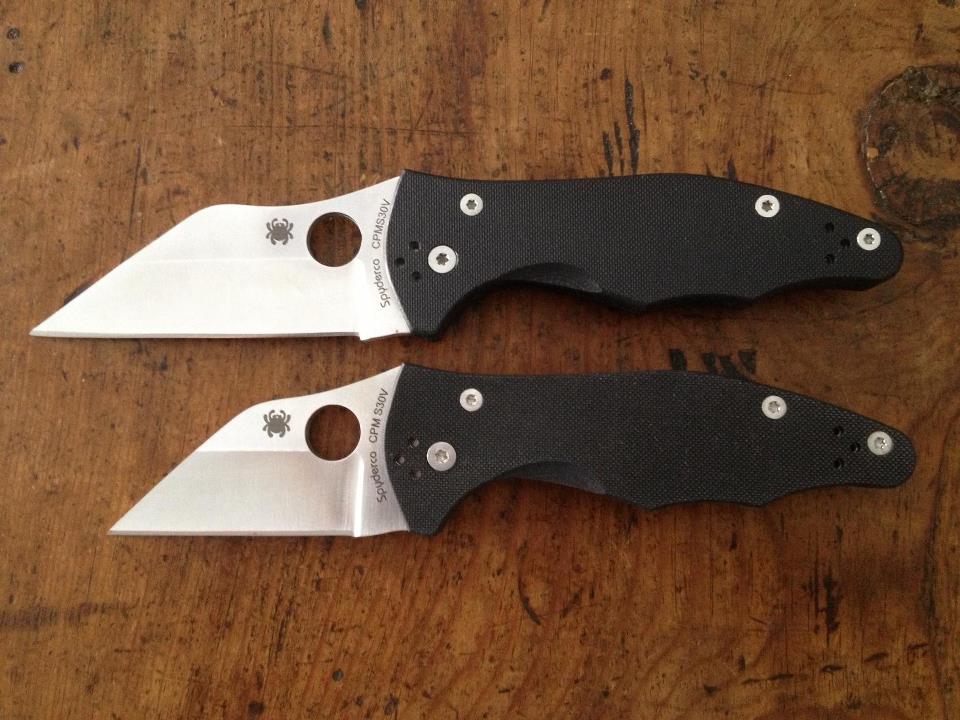 After lunch, Mike set-up his famous “Porkman” demo: a pork roast attached to a PVC pipe and rigged with twine and Ceram wrap to provide a model of bone, muscle, tendons and skin. Forteza instructor Keith Jennings did the honors with his newly acquired “Chicagojimbo”, a modified Yojimbo 2 with the blade ground down to the legal Chicago length of 2.5 inches.  Even with the shortened blade, and with very little effort, the knife had no problem cutting straight to the bone.  This impressive demonstration showed not only how capable even a small carry knife can be, but also how dangerous it really is to face off against a knife attacker.  With the demonstration fresh in the students’ minds, everyone trained with newfound enthusiasm and respect for what even a small blade is capable of.

There were over forty people training on the floor, with room to spare.  The positive feedback from the seminar was overwhelming, with everyone asking when we’ll have Mike back out for a follow-up seminar.  The answer: as soon as we can! Thanks to Mike for making the trip out to Chicago, all of the MBC alumni from all over the Midwest who came out in support, and for all of the students in attendance who trained hard. 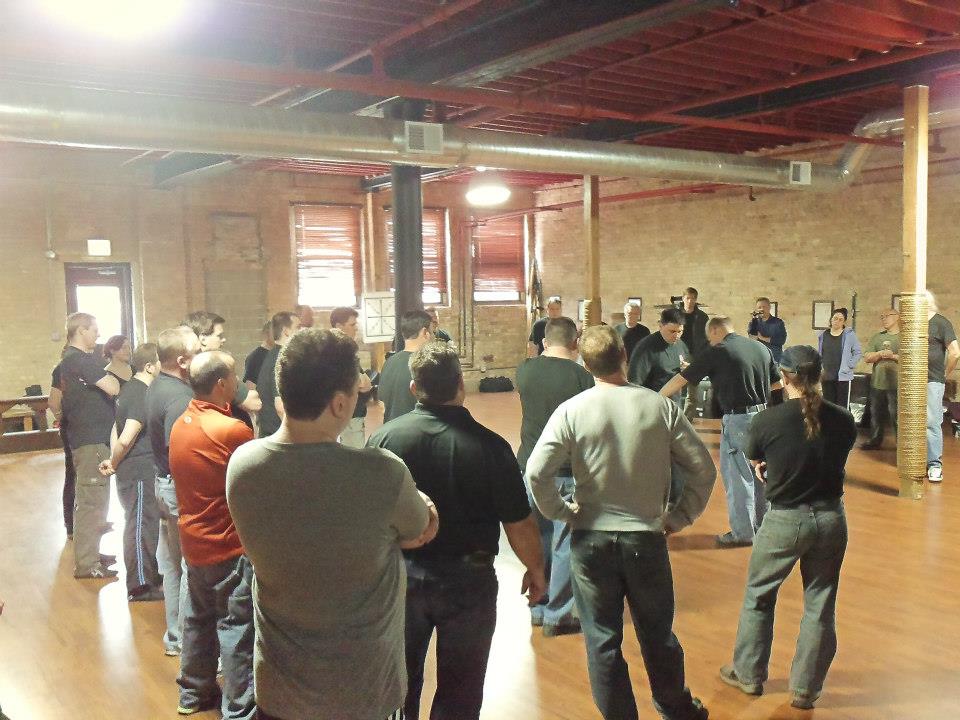