Forteza Instructors team up with Two-Pence Theatre to present an armoured judicial duel next week! 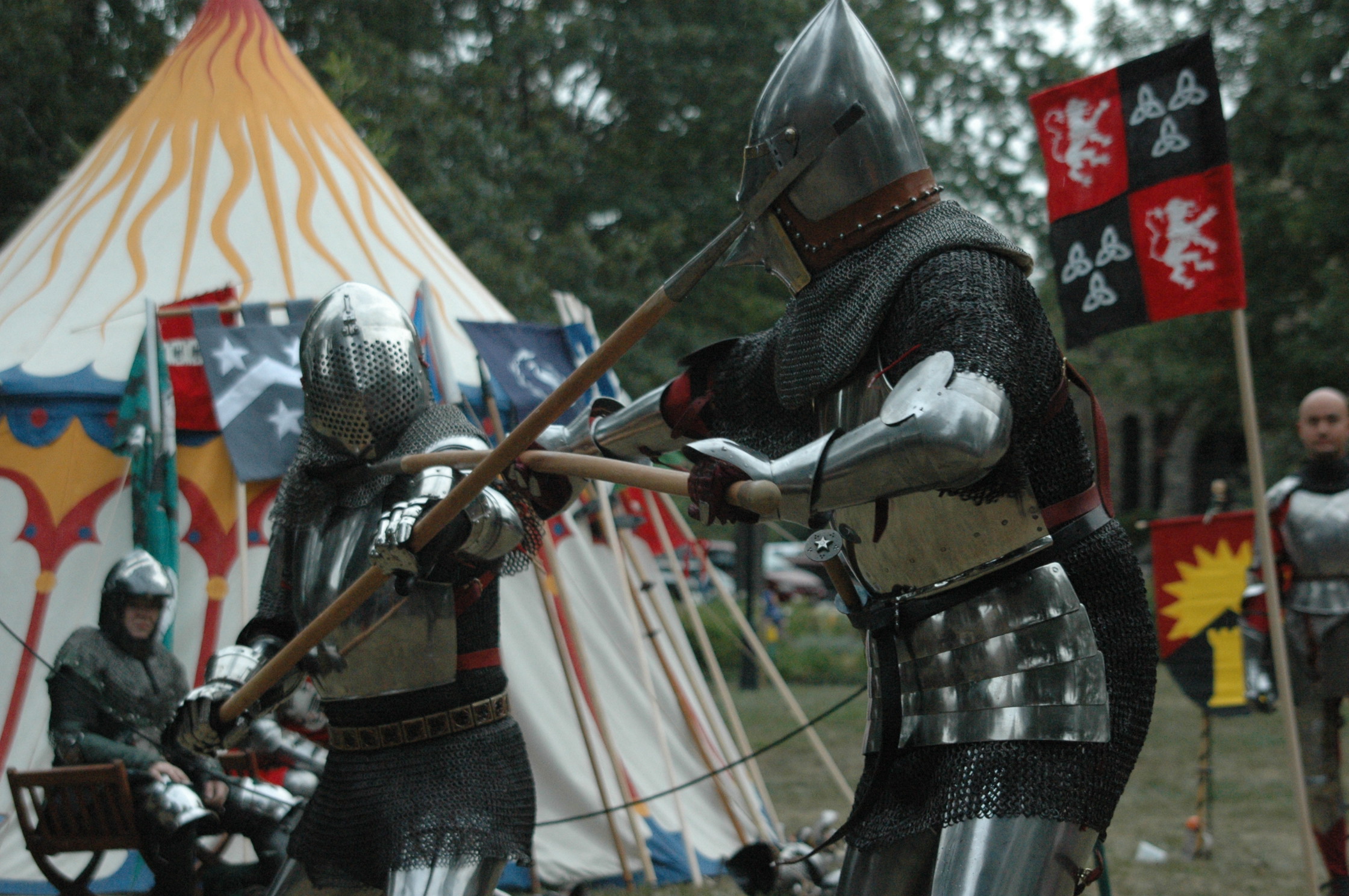 It’s Theatre with an Edge! (And a point an axe and a dagger!)

Two Pence Theatre provides the Chicago Area with intimate and dynamic experiences of Shakespeare and other artists inspired by the principals of the Renaissance, illuminating what it means to be human. Their new production of Richard II opens on February 28th at the Athenaeum Theatre (2936 N. Southport Ave., Chicago, Illinois 60657). The play opens with a judicial duel that is never fought to its completion. Immediately recognizable to Shakespeare’s audience, the duel and its meaning is blurred to modern audiences.

That’s where Greg Mele, internationally known teacher of Western martial arts, Forteza Martial Arts Director, and Dean of the Chicago Swordplay Guild, and Jesse Kulla, CSG Free Scholar and Forteza martial arts instructor, come in! Join us at the play’s debut, and stay afterword for a glass of bubbly and a live demonstration of armed judicial dueling!