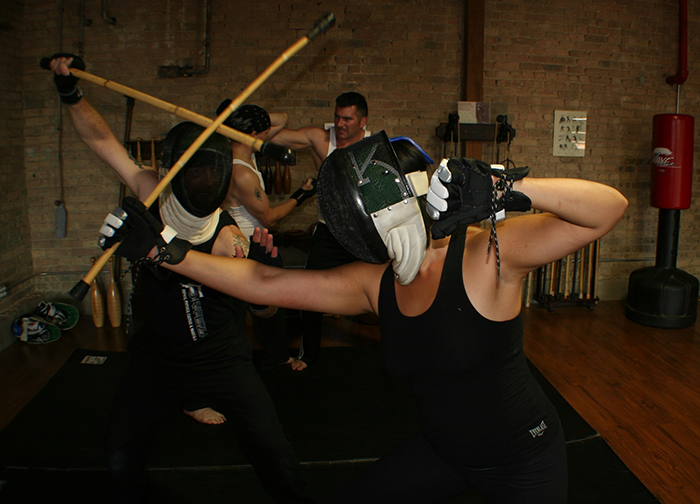 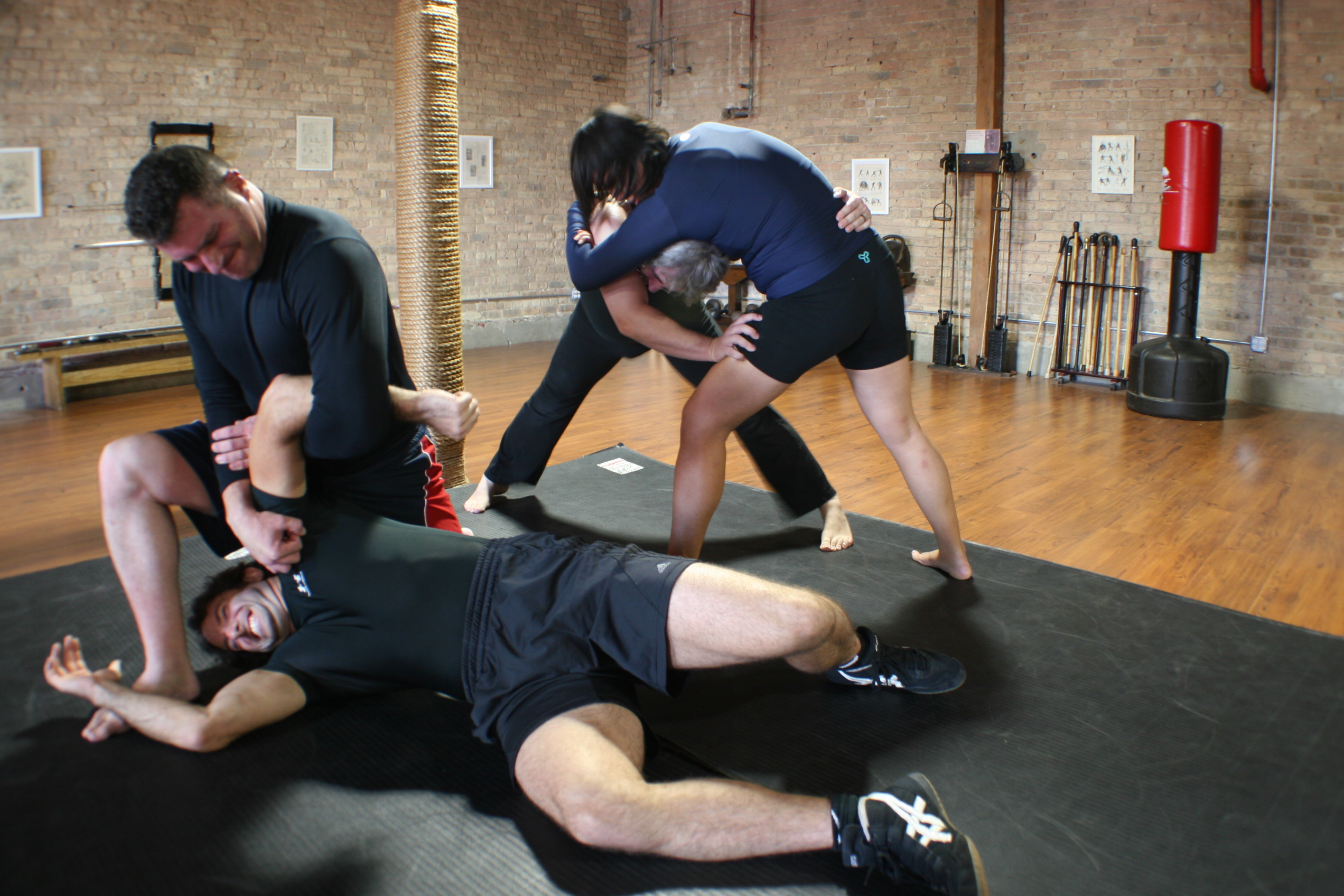 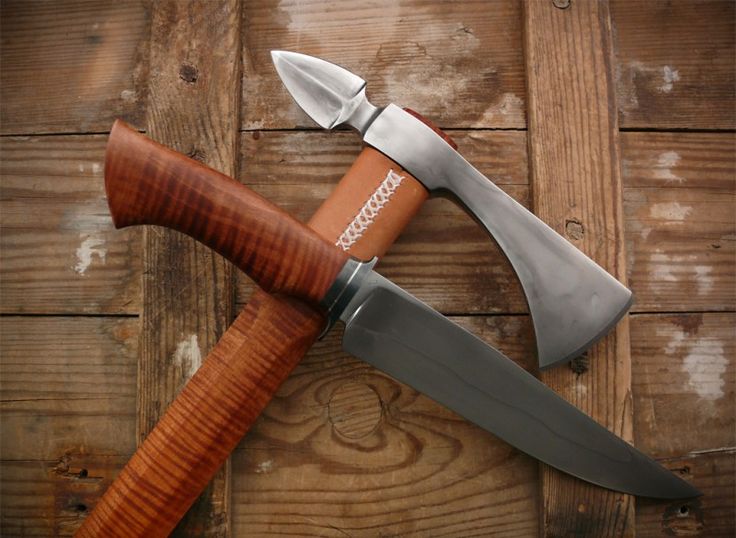 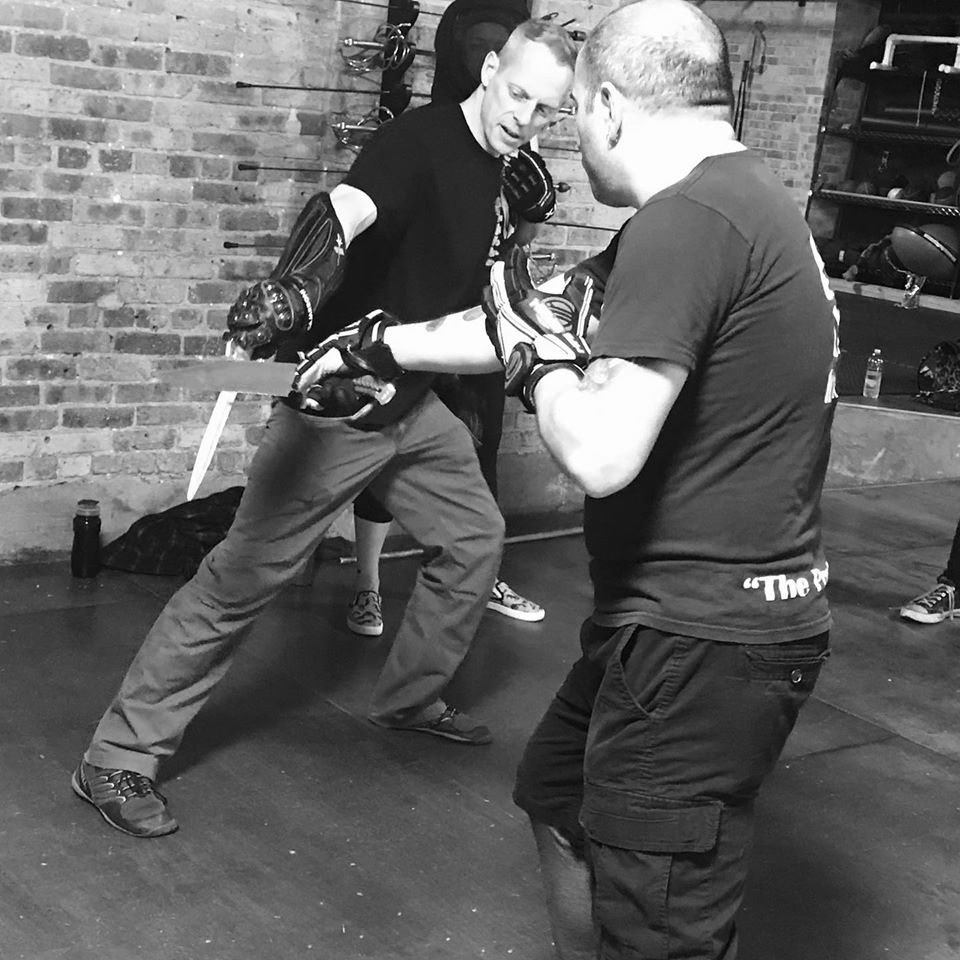 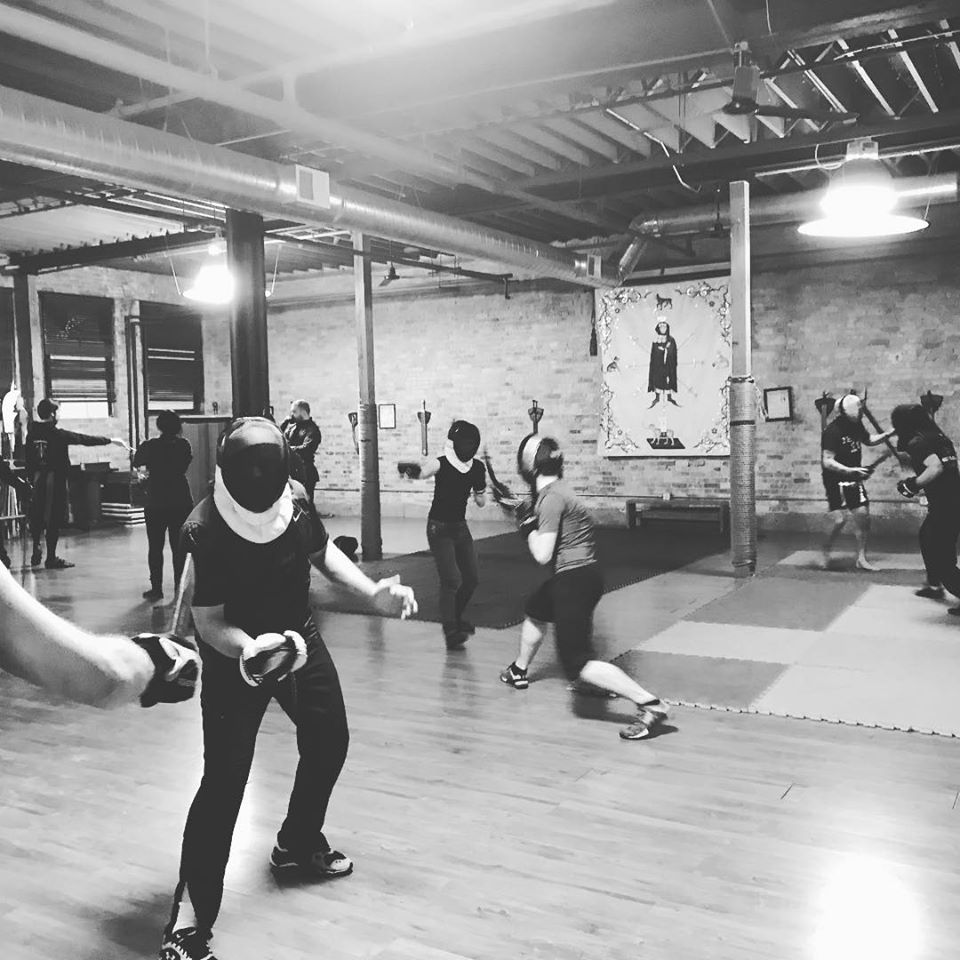 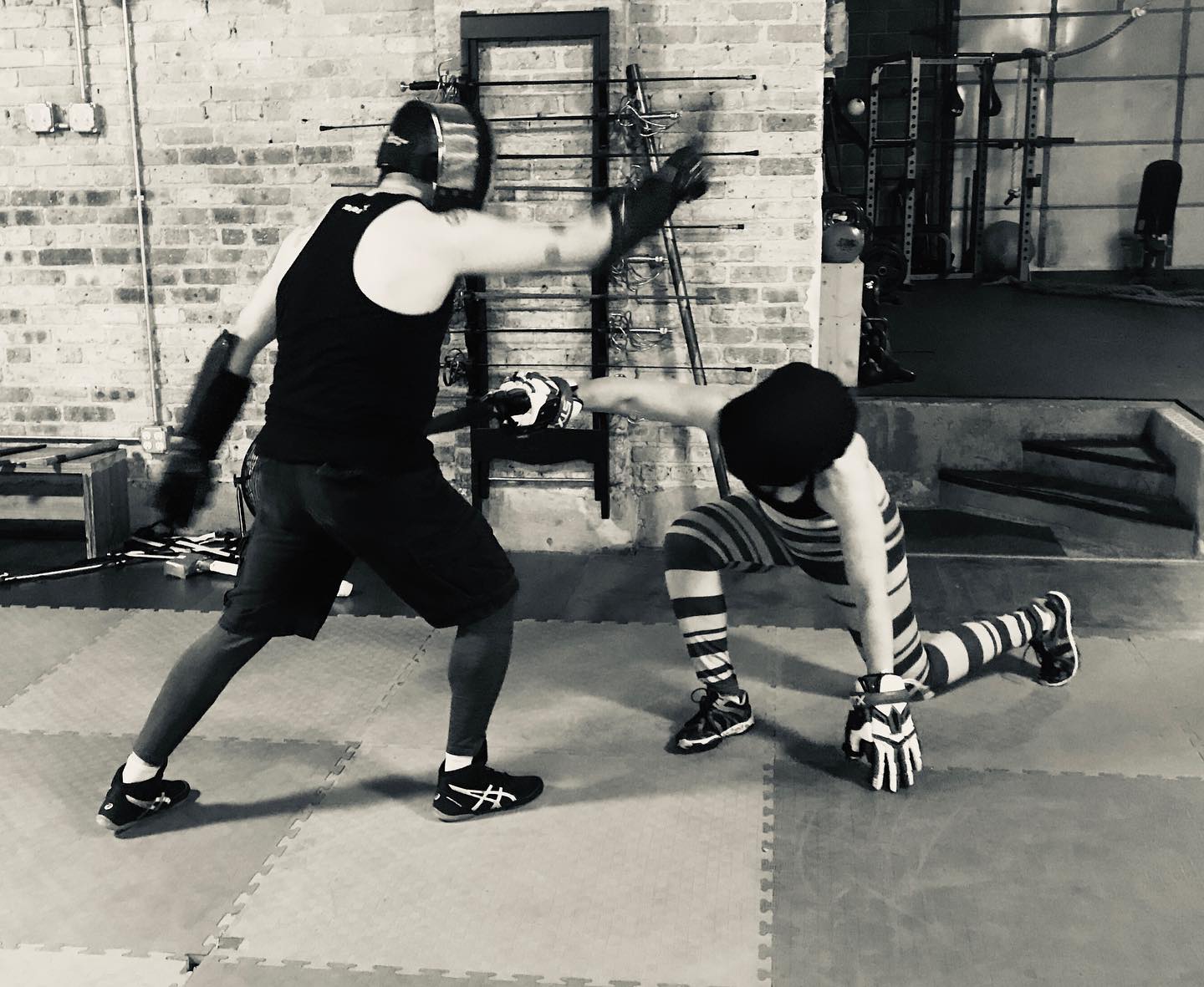 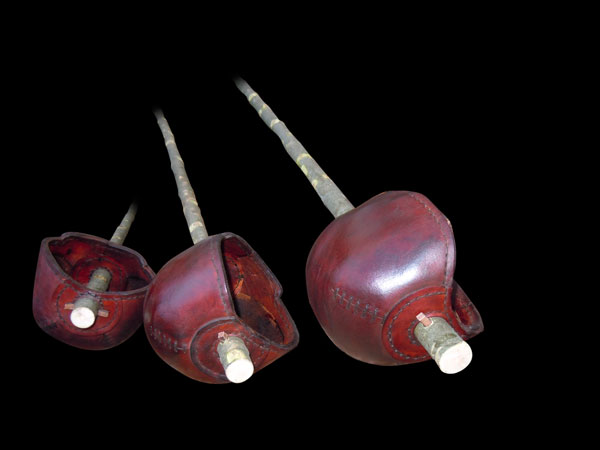 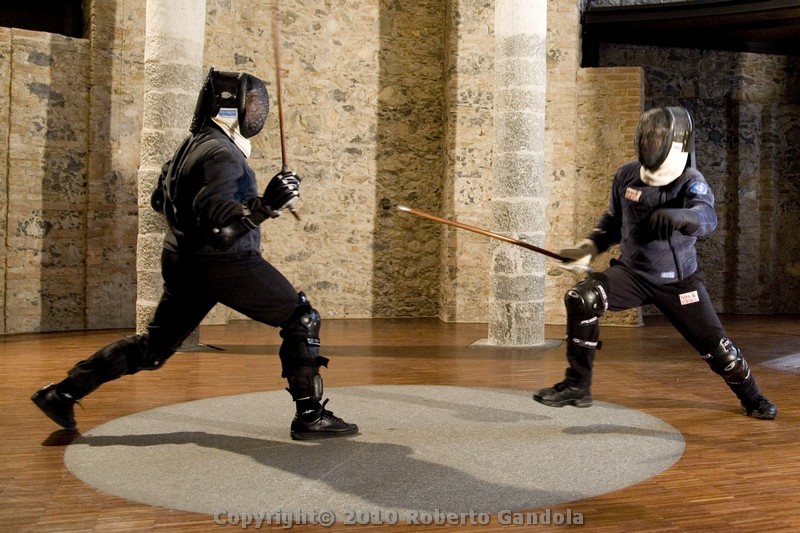 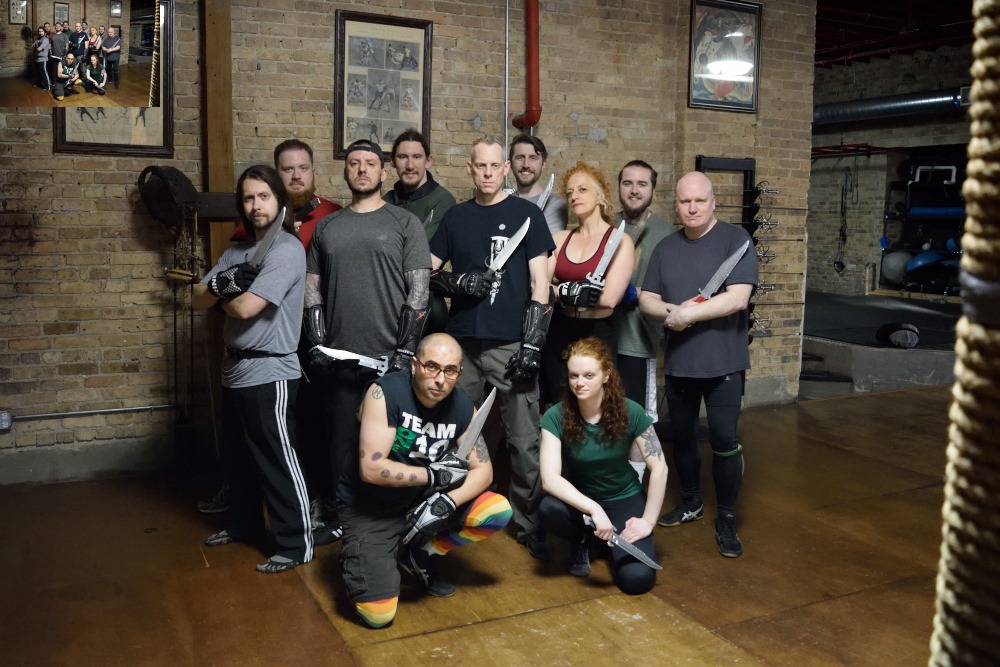 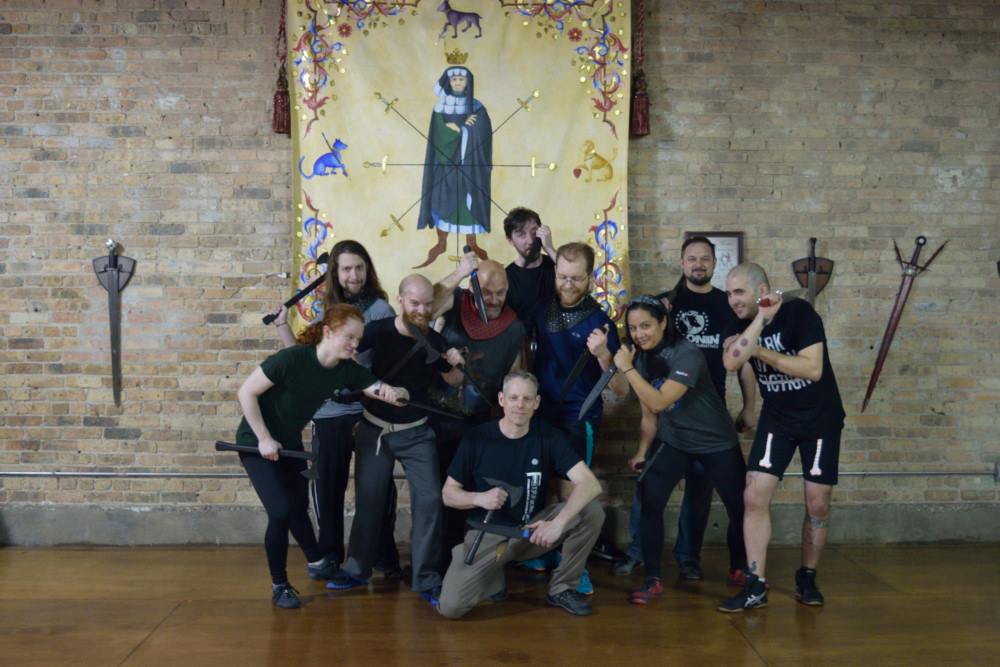 Although we imagine this time as a refined, elegant period of gentlemen with tailcoats and top hats, and ladies with crinoline dresses and lacy parasols, the streets of Victorian London, New York, Chicago and New Orleans were often far darker, rougher and more dangerous than they are now.  Born from those rough streets, E.W. Barton-Wright’s “New Art of Self Defence”, or Bartitsu is a combination of fisticuffs (scientific boxing), low kicking, wrestling, jujitsu and self defense with a cane, umbrella or walking stick.  Until it closed suddenly in 1902, Barton-Wright’s School of Arms and Physical Culture quickly became a place to see and be seen.  Ladies and gentlemen of distinction, famous actors, soldiers and athletes all passed through its doors, eager to learn the mysteries of Bartitsu.

In 2002, the international Bartitsu Society was formed to investigate and revive Barton-Wright’s cross-training experiments into the 21st century.  The art has also recently been popularized on the screen in the Guy Ritchie/Robert Downey, Jr. Sherlock Holmes movies.

In the late 1800’s, soldiers of all social classes were trained in the use of saber, rifle, handgun, bayonet and boxing. In many quarters it was also considered every citizen’s duty to be morally upright and physically fit, which inspired the proliferation of fencing schools, boxing clubs and gymnasiums. This combination of fencing, boxing, wrestling and shooting was often referred to collectively as antagonistics, and was typically combined with physical culture (calisthenics, gymnastics, weight-training and swimming).

Part of our Antagonistics program has a particularly “Americana” bent, covering a number of weapons associated with frontier life, such as the bowie knife and tomahawk, as well as uniquely American expressions of disciplines such as bare-knuckle boxing, Catch-as-Catch-Can wrestling, bayonet and saber fencing. Our American Heritage classes are offered as a series of short-courses that run throughout the year.

Forteza’s Antagonistics program is a unique entry for modern men and women into Victorian era martial arts and fitness programs:

How Do I Begin?

Entering the is as easy as signing up for our new six week Bartitsu course, or any Anatognistics/American Heritage short course, which are offered throughout the year! Thereafter, we invite you to join the Bartitsu Club of Chicago which meets monthly at Forteza to train and explore the fascintating world of Victorian martial arts and physical culture.