Thayne Alexander has been studying and a practitioner of the martial arts, weapons combat and defense, and the modern combative’s world for well over 28 years. Starting with Aikido at age 14, and moving onto and achieving a high rank.   After graduating high school, he became interested in MMA and spent years learning a blend of Muay Thai and Jeet Kune Do and while he got thrown around a lot, he had the opportunity to learn from exchange students from Japan using various Koryu (“old school”) styles of jujutsu.

Thayne found Western arts in 1999, when he began the study of Armizare, and is still active today as a senior Scholar and Instructor of the Chicago and Rocky Mountain Swordplay Guilds.

In 2005 Thayne started Martial Blade Concepts/ Counter Blade Concepts training along with Kali Eskrima Silat and became a Full Instructor in the MBC system under the founder Michael Janich in 2013.

Around the same time of starting MBC. Thayne’s love for the old American melee weapon styles got him involved with Bowie knife and Tomahawk weapons and has been teaching the big knife in on-going classes and a few seminars since 2014. 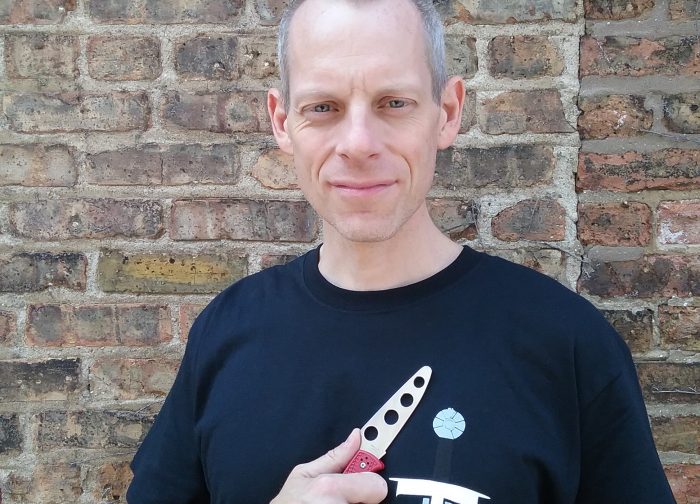