Spencer Waddell has been studying martial arts since he was 8 years old. Starting with the Korean martial art of Hapkido he quickly moved onto Judo, then Shorin-Ryu, an Okinawan martial art, where he became more serious about his training.

He discovered Historical European Martial Arts (HEMA) in 2005 while stationed in Ramstien Germany. In 2009 he joined the Society of Creative Anachronism and learned it’s unique form of rattan stick fighting. Spencer currently holds a position as a council member for HAMAA the Historical African Martial Arts Association, and currently focuses on exploring the vast range of fighting traditions and martial cultures of the continent, when he isn’t busy engaging in full-contact armored steel fighting, or buhurt as it’s known in Europe. He is the USA Historical Medieval Battle (HMB) 2022 Men’s Longsword Champion.

Spencer is one of the founding members of The Wandering Sword Project, www.thewanderingsword.com, a 501c3 educational non-profit dedicated to the education on swords and general weaponry as well as martial cultures from around the world! Pretty much if it has to do with fighting and/or history count Spencer in! 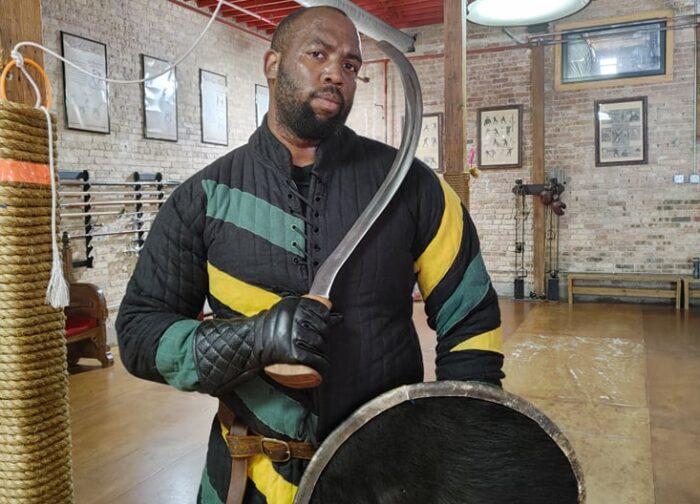