John O’Meara studied modern foil and epee at McGill University, and as an actor trained in stage combat and choreography with the New York Fight Ensemble. His love of history, swords and the mystique of the duel all came together when he joined the Chicago Swordplay Guild, where he has headed and developed the Renaissance fencing curriculum since 2001. He is the Guild’s first Provost-at-Arms, a rank he earned through his long years of teaching and curriculum development, examinations as well as a public display at arms in February of 2017. 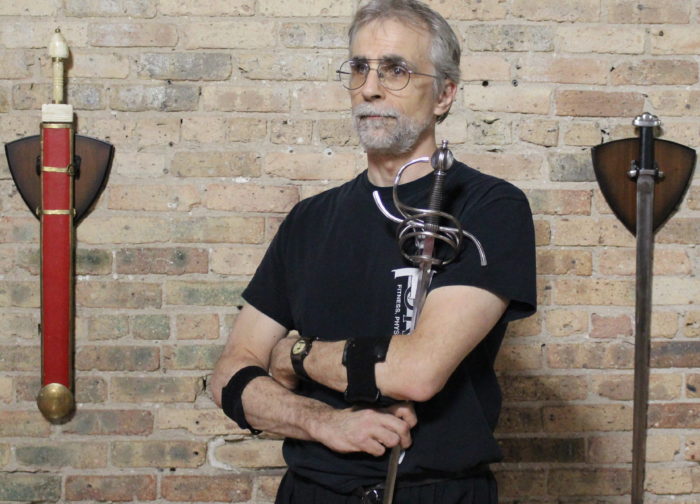