There are many reasons modern people are drawn to the sword; both for the discipline required in its mastery and the romantic resonance we associate with its long history. But at their essence, martial arts always teach us about ourselves; traditional martial arts teach us about our past. And by better understanding where we came from in the past, we gain a roadmap to our future.

With a martial background ranging from aikido, jujutsu and tai chi to sport fencing and modern knife fighting, Forteza’s owner began practicing martial arts while in high school. At the same time, he became interested in western swordplay through the Society for Creative Anachronism (SCA). But it was in 1992, while a student at the University of Illinois, that he discovered that there was a vast collection of surviving technical works on fighting with the sword, rapier, lance and axe. Sword in one hand, book in the other, he never looked back.

Since the late 90s, his focus has been the reconstruction and preservation of armizare, a martial art developed over 600 years ago by the famed Italian master-at-arms Fiore dei Liberi. In the ensuing twenty years, he has become an internationally known teacher, researcher, author and publisher on the subject.

Teacher: Greg is best known within the Western martial arts community for co-founding the Chicago Swordplay Guild in 1999 as formal venue to study historical European swordsmanship and its adjunct arts. In October of that year he also organized and hosted the first Western Martial Arts Workshop as an attempt to promote these arts amongst practitioners throughout North America. The oldest and most respected of workshop of its kind, WMAW now draws participants from three continents.

Besides WMAW, he has been an invited instructor at seminars and symposiums in California, Seattle, Toronto, Vancouver, and the Royal Armouries in Leeds, UK, and has also taught a number of private seminars in both the USA and Canada. He and the Chicago Swordplay Guild have also demonstrated armizare and rapier fencing on FOX TV’s Good Day Chicago and WGN News at Noon.

Researcher: Greg has also presented academic papers at the International Congress on Medieval Studies in Kalamazoo, Michigan, and has organized and co-hosted one day symposiums and presented papers on the western martial arts at both the University of Chicago and Loyola University.

Finally, Greg is the owner of the non-profit Freelance Academy Press, a publisher in the fields of Western martial arts, American and European history, arms and armour, chivalry, historical arts and crafts, and related adult and young adult fiction. 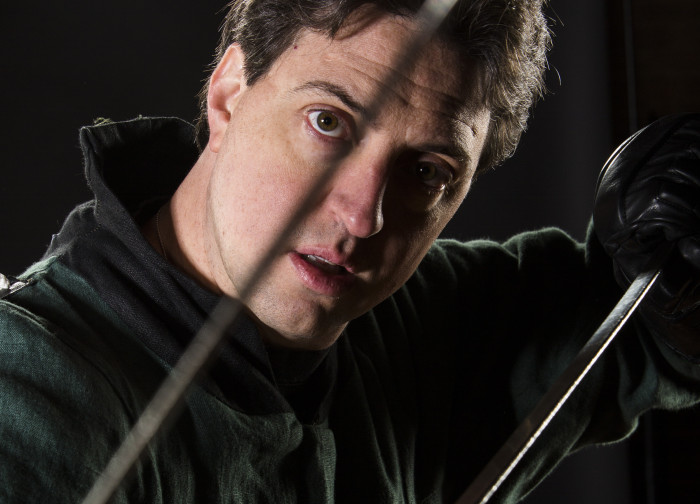